Hey, are you guys aware that there were seven other round-one series in the NHL playoffs that started about the same time as the Sabres series?

Yes, I too was amazed that the sports world didn’t just stop and focus on our series, but it turns out they didn’t.

So, what’s going on?

Ok, I have to admit that I am following this one, as for some unknown reason I have a soft spot for Ottawa. That, and the fact we are likely to face them in round 2, assuming the Sabres advance. For a blogger’s perspective, go read Hockey Country, written by one of the better NHL bloggers out there, Chris McMurtry.

The eye injury to Saku Koivu has really turned this series around. From looking like a pretty solid bet for Montreal after two games to appearing now pretty much hopeless for Montreal. Sisu Hockey is a good Montreal blog for anyone looking for that perspective.

As much as I would love to feel badly for New York, it’s just asking a bit too much. The question is, is New Jersey just that good or were Jagr and Lundqvist just carrying that team until the playoffs? I sure hope it’s the latter.

Who saw this coming? Sure, we had inklings that maybe Detroit and Nashville’s records were a bit overstated thanks to fattening up on some weak division foes, but it’s still Detroit, right? They’re a better team, right? For the Detroit perspective, go visit one of my favorites, Abel to Yzerman.

And they are ready to lynch Marty Turco in Dallas, and by “they” we mean the 86 hockey fans in the entire state of Texas.

And John Bigenwald has some commentary on why the Dallas loss may not have happened in THE “most unimaginable way possible.” 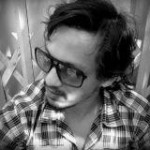 
View all posts by Gabriel Price